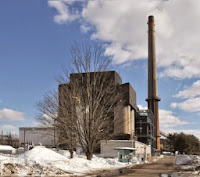 This month under provisions of the Clean Air Act, signed by Richard Nixon in 1970, President Obama proposed new carbon limits on electricity generation. The goal of his initiative is a 30 percent reduction of carbon emissions from electricity plants by 2030, three-fourths which come from coal usage.

Furthermore, 11 of the 12 highest electricity cost states use no coal in the making of electricity. Data indicate that reducing coal's share of electricity production (from a national average of 28.3 percent to 20.0 percent) by expanding the share produced by renewable energy will increase the cost of electricity by approximately 19 percent. However, this increase in cost will not be shared evenly.

Purple states, those that split their electoral votes between Democrat and Republican presidential candidates, paid 23.3 percent more for electricity production than Red states, and 5 of the 10 Purple states use no coal in the generation of electricity.

Thus in addition to environmental and health concerns, the new policy interjects potential political issues into the President's announced policy.