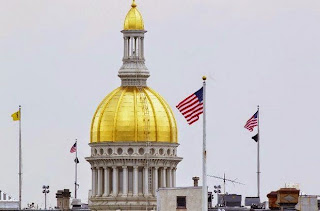 Since 1930, the federal government has spent a total of $71.5 trillion and collected $59.9 trillion in taxes, thus adding $11.6 trillion to the national debt, not including interest. As a share of gross domestic product (GDP), the deficit was 3.3% for the full 84-year period. In terms of party affiliation, Democrats expanded the debt by an average 3.1%, while Republicans boosted the debt by a higher 3.5% average.

As a share of GDP, both Democrats and Republicans spent an average of 20.3%, but Democrats levied higher taxes at 17.2% while Republicans imposed a lower 16.8% in taxes. In all cases, it was assumed that the incoming president does not own the deficit for his first year of service.

With no budget surpluses in sight and 10,000 baby boomers retiring each day, the 2015 national debt of $18.1 trillion, or 103% of GDP, presents a real challenge for younger generations. With current federal tax collections below average, and federal spending above the 84-year average, the nation’s debt level will continue to grow as the share of the population bearing the burden declines.

Without tax reform and spending restraint, Gen-Xers and Millenniums will face higher taxes, elevated interest rates, rising inflation, or all three of these “bads.” Former Colorado governor Richard Lamm sums it up quite well saying “Deficits are when adults tell the government what they want-and the kids pay for it.”