Do International Migrants Reduce Wage Growth? Legal Immigration is a Plus

Politicians and pundits have battered Americans with claims and counter-claims regarding the impact of immigration on American wages. Wage data from the U.S. Census Bureau and Bureau of Labor Statistics for 381 metropolitan areas between 2013 and 2017 show a clear positive relationship between legal immigration and wage growth.

Legal immigration was supportive of higher wage growth between 2013 and 2017 (see Data in Table 1).

Statistically speaking, correlation coefficients show a positive relationship between percent of population growth from immigration and wage expansion for all occupational categories examined. 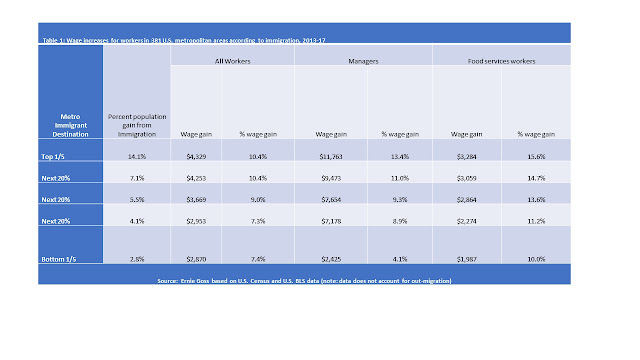