The media and politicians are fixating on the rapid rise in COVID-19 infections. As a result, many medical experts, politicians and pundits are calling for shutdowns of state economies experiencing the greatest growth in infections.

Before taking this drastic action, two questions should be examined: 1) will the latest infections generate the negative outcomes as in previous months and 2) will the negative economic impacts of shutdowns exceed the positive health outcomes from economic lockdowns?

Summary.   In the back-of-the-envelope calculations in this essay it was concluded that while COVID-19 infections are expanding dramatically yet COVID-19 death rates month ahead death rates per infection are in fact declining. 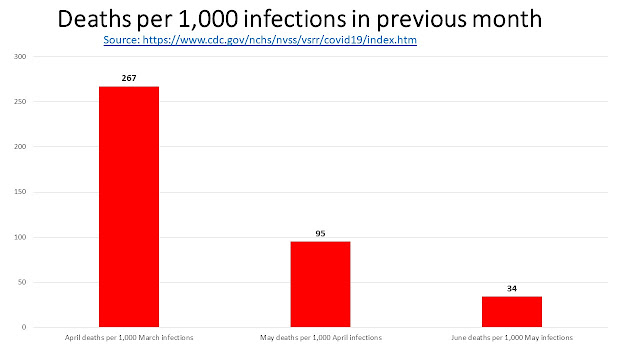